I went to the second Rec and Parks community input meeting tonight for the 'coming soon' Arts District Park.  This park will be located on the corner of Hewitt and 5th street on LADWP land.  The park originally was going to be a CRA project but since the CRA has been dissolved - LA City's Rec and Parks has now taken up this project and it will be paid for with Quimby funds.

Two years ago there were series of community design meetings that I attended.  Architect Alice Kimm and her firm JFAK Architects were the lead architects on this project.  Since Rec and Parks has taken over this AD Park Project, they have set up these 'new' community input meetings to revisit all the communities' ideas', our 'want' list and our concerns.  Fortunately Alice Kimm is still involved in this process, and I was pleased to see our community input from two years ago has been transferred over and relayed to Rec and Parks relatively well.  This is displayed in the plan with more organic shapes and more opportunities for respite areas and gathering areas. 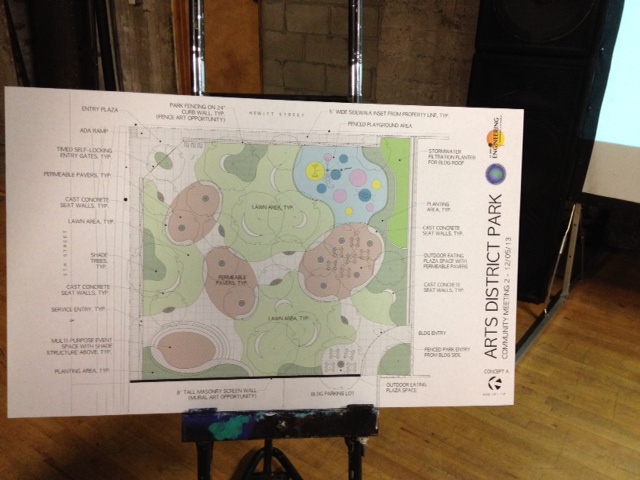 Tonight - the two 'new' Rec and Parks plan were presented with very different concepts.  The plan above shows a more organic, less 'structured' plan.  The plan below shows a more structured and organized design. 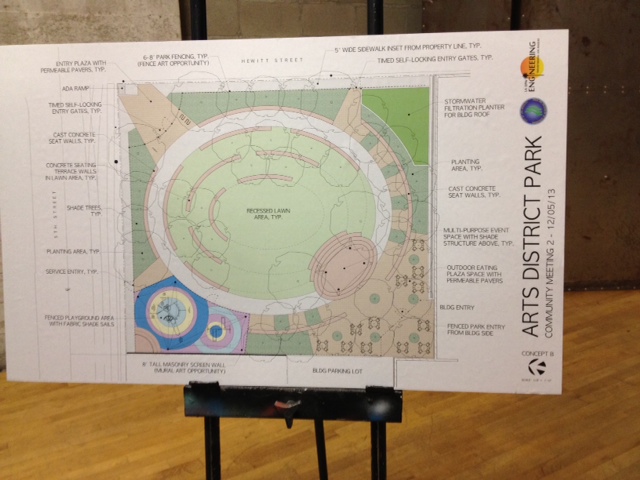 I will post a link tomorrow for community members, who could not make the meeting but would like a vote on which plan they prefer.