Well before co-founding IDG, Katherine had begun laying the groundwork for future greening activities.  In December 2010, after 12 months of preparation and with support from the CCEA Business Improvement District, she conducted her first planting of 7 trees along San Pedro St. between 4th and 5th Sts.  This successful effort involved lobbying and coordinating with all relevant property owners, the local Council Office, the Bureau of Street Services, and TreePeople who managed the plantings. 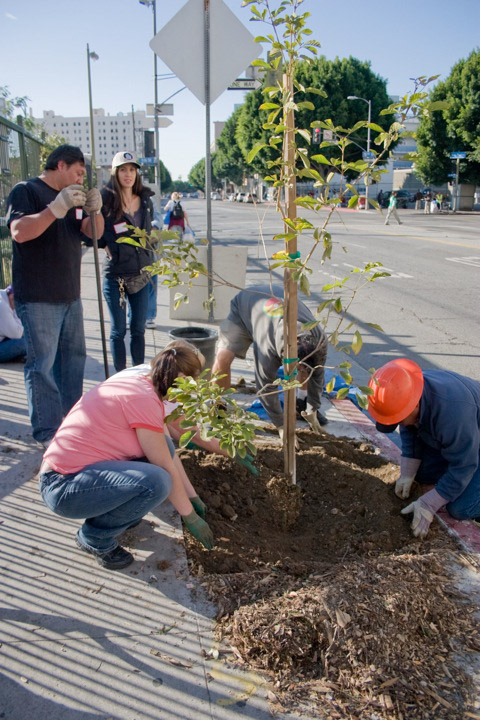 In April of 2013, she oversaw another planting of 19 trees along Boyd & Omar Streets between 3rd and 4th Sts. for which she partnered with Million Trees LA (now City Plants), the LA Conservation Corps (LACC), and the Downtown LA Neighborhood Council (DLANC).  Katherine also adopted 27 trees planted in 2009 along Alameda Street between 4th and 7th Sts. that had become "orphaned".  She successfully lobbied DLANC for funding to hire LACC to restake and water these trees to ensure they became established. 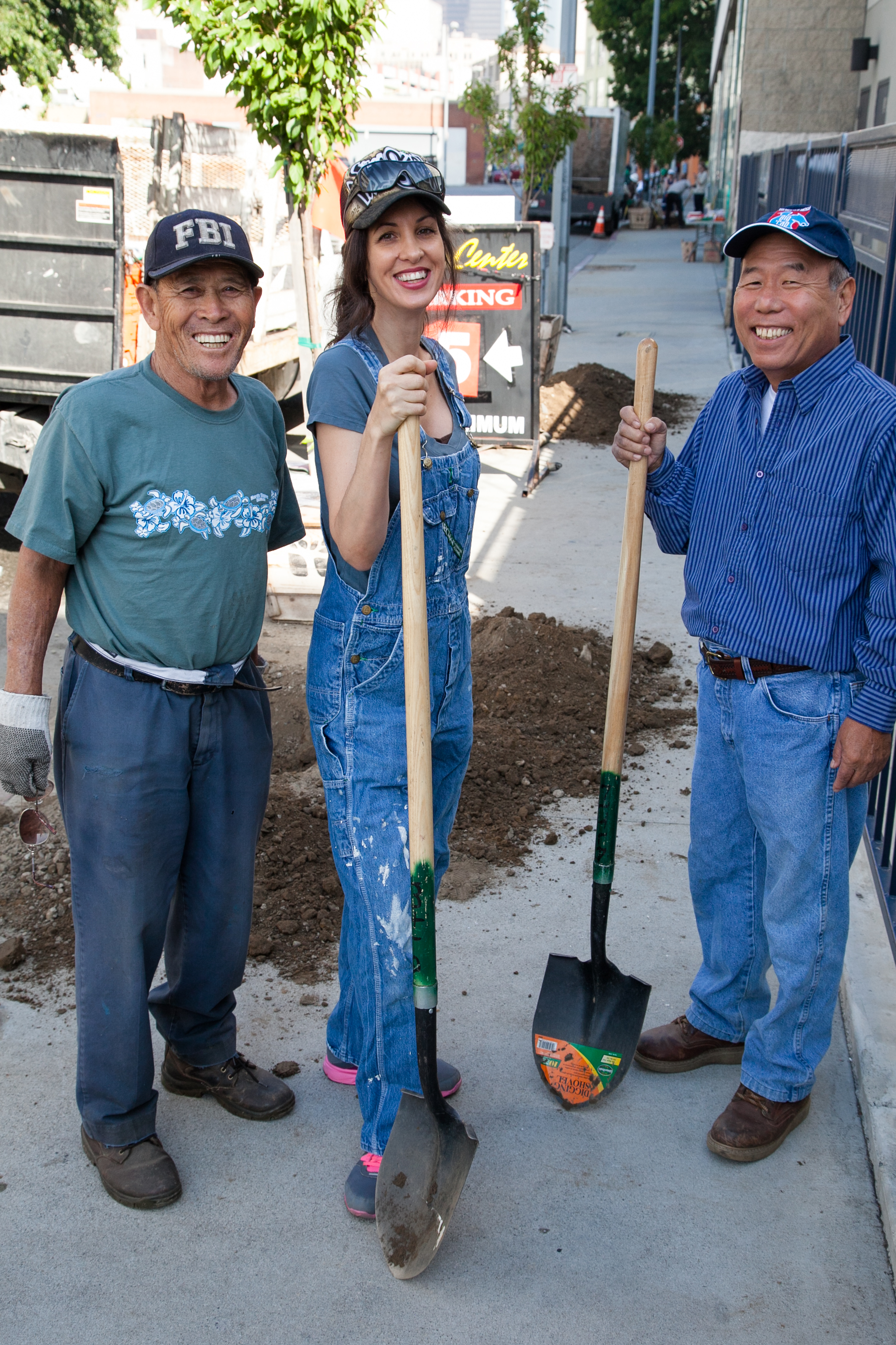 Katherine has also lobbied property owners to plant three gardens in the Skid Row area.  Two drought tolerant gardens have been planted at 3rd and San Pedro St. and another on San Julian St. between 6th and 7th Sts.  These community gardens were planted with the help of SoCal Guerrilla Gardening.

Gabrielle Newmark is a licensed landscape architect with 18 years of experience implementing greening projects throughout Los Angeles.  Her focus has always been on engaging and working with community members on the design and implelmentation of projects.  Her most recent effort took place in the Arts District in April, 2013 where after 10 months of planning, she oversaw the planting of 37 trees.  Funding came from a $5,000 GoodMaker/TreePeople grant along with additional funds from the Los Angeles River Artists’ Business Association and the Historic Cultural Neighborhood Council (HCNC).  She accomplished this planting also in coordination with LACC, Linear City Development, and community members.  Currently, Gabrielle is working to map all existing trees in the Arts District with funding from HCNC in order to create a Master Tree Plan. 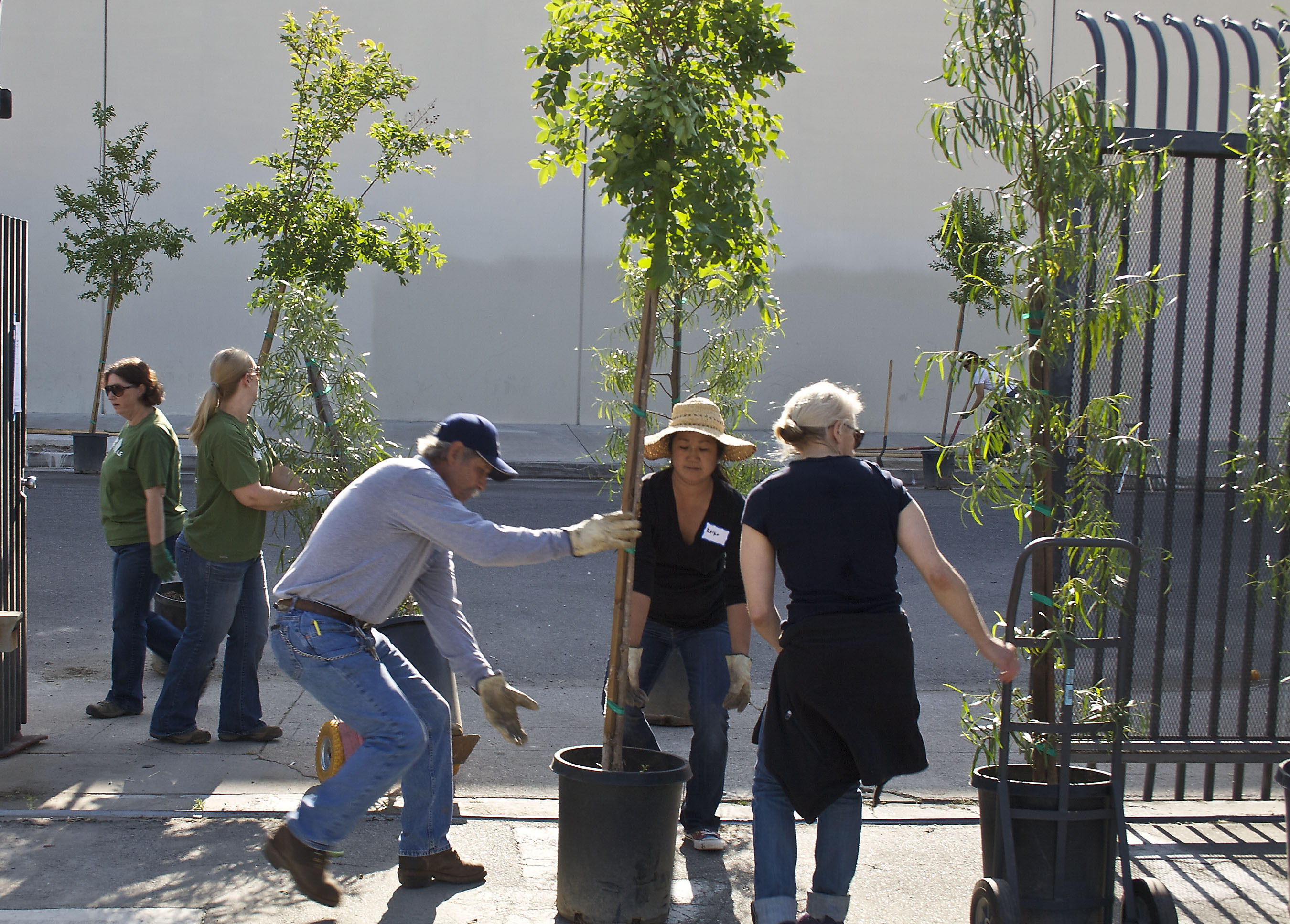