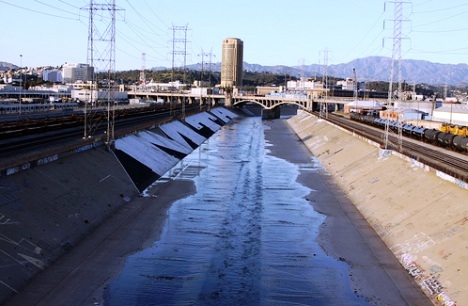 The presence of the LA River alongside the entire length of the Industrial District serves as a reminder that this highly urbanized area once served as California's first center of wine and citrus production and was thus hugely influential in establishing its image and economy.  Although the Arcadian imagery associated with early Southern California is nowhere evident in the Industrial District of today, the river remains a valuable and neglected resource that is almost totally inaccessible from anywhere in Downtown.  Aesthetic and recreational benefits aside, of particular environmental importance is the fact that all of the Downtown area, including the Industrial District, drains directly into the LA River channel. All this polluted runoff then makes its way directly into coastal waters via the Long Beach Harbor.

Best management practices in urban environmental sustainability increasingly view the issue wholistically. The entire industrial age program of altering or thwarting nature has been proven unsustainable and efforts to reverse this trend likewise involve reverting back to natural processes wherever possible.  The impervious paving over of hundreds of square miles of what once was an expansive coastal plain and the subsequent channeling of polluted runoff from this vast urban watershed not only pollutes the watershed and coastal waters but also prevents groundwater sources from being replenished during storm events.  The paving over of the LA basin also necessitated an extensive flood protection infrastructure which resulted in the LA River becoming the largely concrete channel that it is today. LA River restoration efforts are gathering momentum especially along the Glendale Narrows further north. But Downtown, the river remains an inaccessible concrete channel echoing the grim industrial-era vibe of its neighbor to the west. 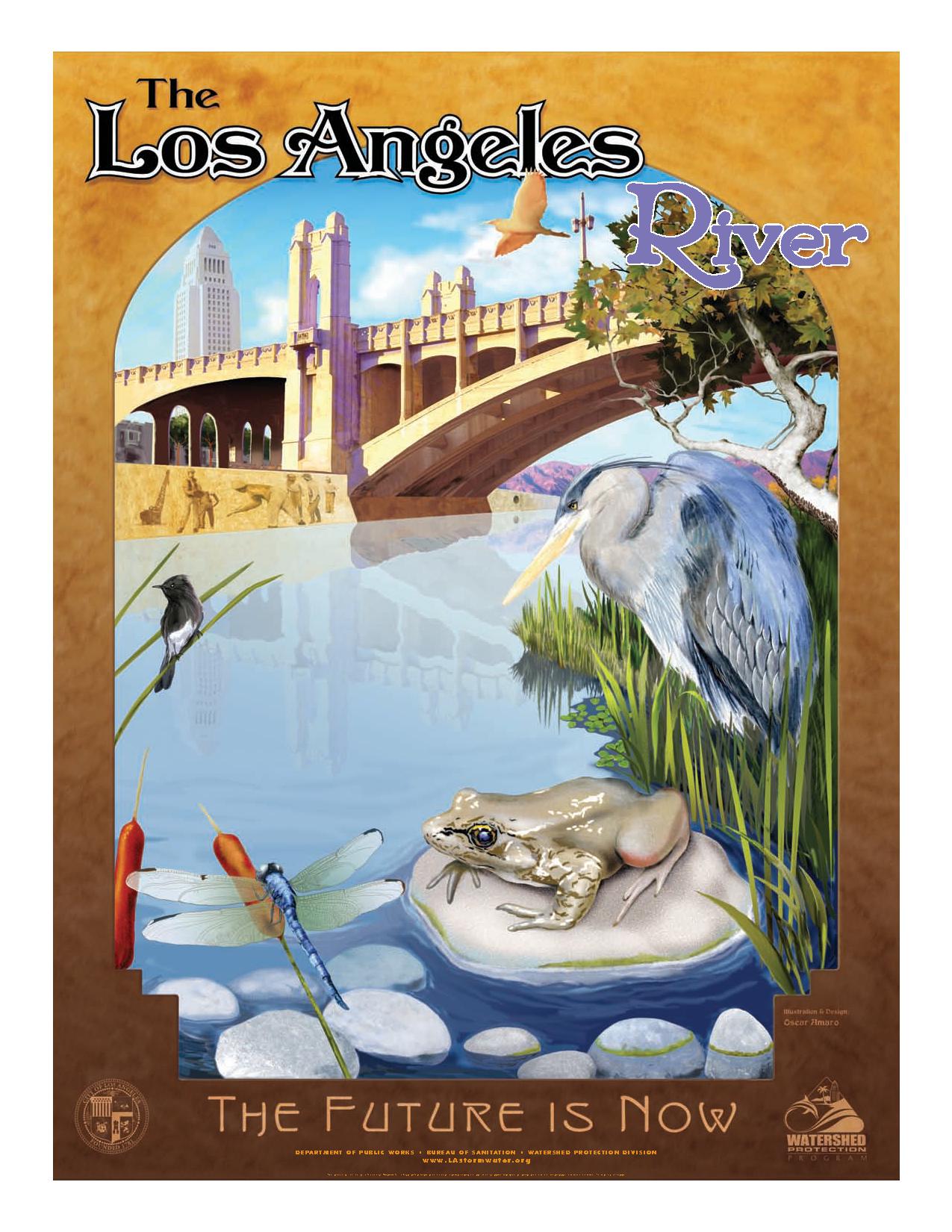 Underscoring the wholistic nature of environmental sustainability, greening projects are closely associated not only with air quality but water quality as well since trees/tree wells absorb and treat excess stormwater before it reaches the watershed.  Combining the twin objectives of improved air and water quality is exemplified by tree and garden plantings that incorporate curb cuts and bio-filtration swales to channel runoff directly into the tree well or garden bed.

Environmental benefits aside, the aesthetic and recreational benefits of greening projects will be vastly enhanced by the upcoming Sixth Street Bridge project will once again open up access to the river and its banks by providing pedestrian and bike lanes and stairways down to the river bank.  IDG not only seeks to improve the environmental sustainability of the area through projects that improve local air and water quality but will also seek to maximize the community wellness benefits from better connectivity to the recreational opportunities provided by a revitalized LA River.

A watershed is an area or region of land whose runoff drains into a creek, river or other body of water. Since much of Los Angeles is paved, many people are not aware that we have watersheds here in Southern California. However, the truth of the matter is that we all live in a watershed. Los Angeles has four primary watersheds. The Industrial District of Downtown Los Angeles sits in the LA River Watershed. 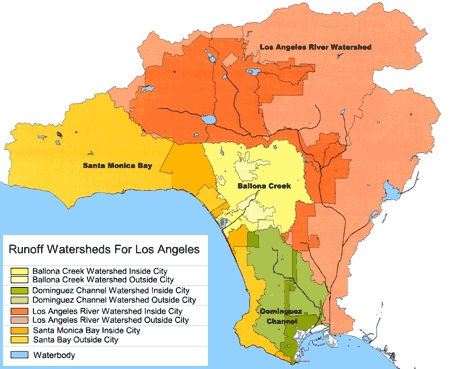 "Together with community organizations and environmental groups, the City of Los Angeles is working to improve water quality in Southern California. Projects throughout the watershed are improving water quality by reducing the amount of pollution flowing into rivers and creeks that drain into the Los Angeles River."