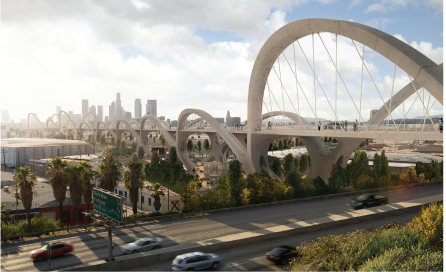 The City of Los Angeles Bureau of Engineering is working in partnership with the California Department of Transportation (Caltrans) to build a new bridge for 6th Street that will incorporate the following features and benefits: 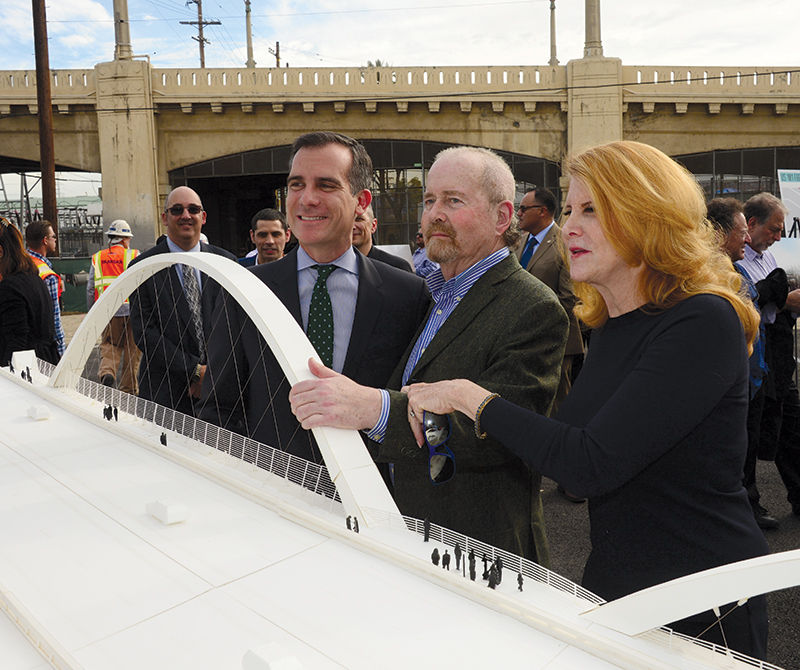 "The Leonard Hill Arts Plaza will be between the passageway running under the rail lines just west of the river and Santa Fe Avenue. Initial plans call for the 1.4-acre parcel to have a stage for performances and open space to hold as-yet-undetermined classes.

Hill’s donation, made to the Mayor’s Fund for Los Angeles, will pay for the design and construction of the plaza, as well as programming for three years."