“On June 9th I had the opportunity to fly up to San Francisco with two of my colleagues and meet with David Winslow who is an architect and works for the City of San Francisco’s Planning Department.

While in San Francisco, David took us to see their City’s Living Alleys and organized for us to meet with two planners from the organization Build:Public.

To offer a quick backstory – I blind called David earlier in the year after reading about his activism as an independent architect to design and transform San Francisco’s Linden Alley into an activated living alley- a project he spearheaded in 2006. David is currently working on their City’s Market Octavia Living Alleys Program.

In March while David was in L.A I set up a meeting and invited some of our community activists and City of LA Planners to meet, share green/living alley efforts and learn from David’s experience and great knowledge on implementing Living Alleys. I then showed him our Arts District alleys and explained our community’s vision to transform this system of vehicular dead space into a multi-modal system with green spaces and respites- a project I’ve been working on with Rennie Tang, a professor at Cal Poly Pomona’s Landscape Architecture Department for a few years.

The San Francisco trip was enlightening to see another California City thinking outside the box by activating and creating green space with shared modal experiences in places not possible in their previous rendition.  Hopefully this is the beginning to open the flood gates on what could be possible for our alleys in Los Angeles.” – Gabrielle Newmark 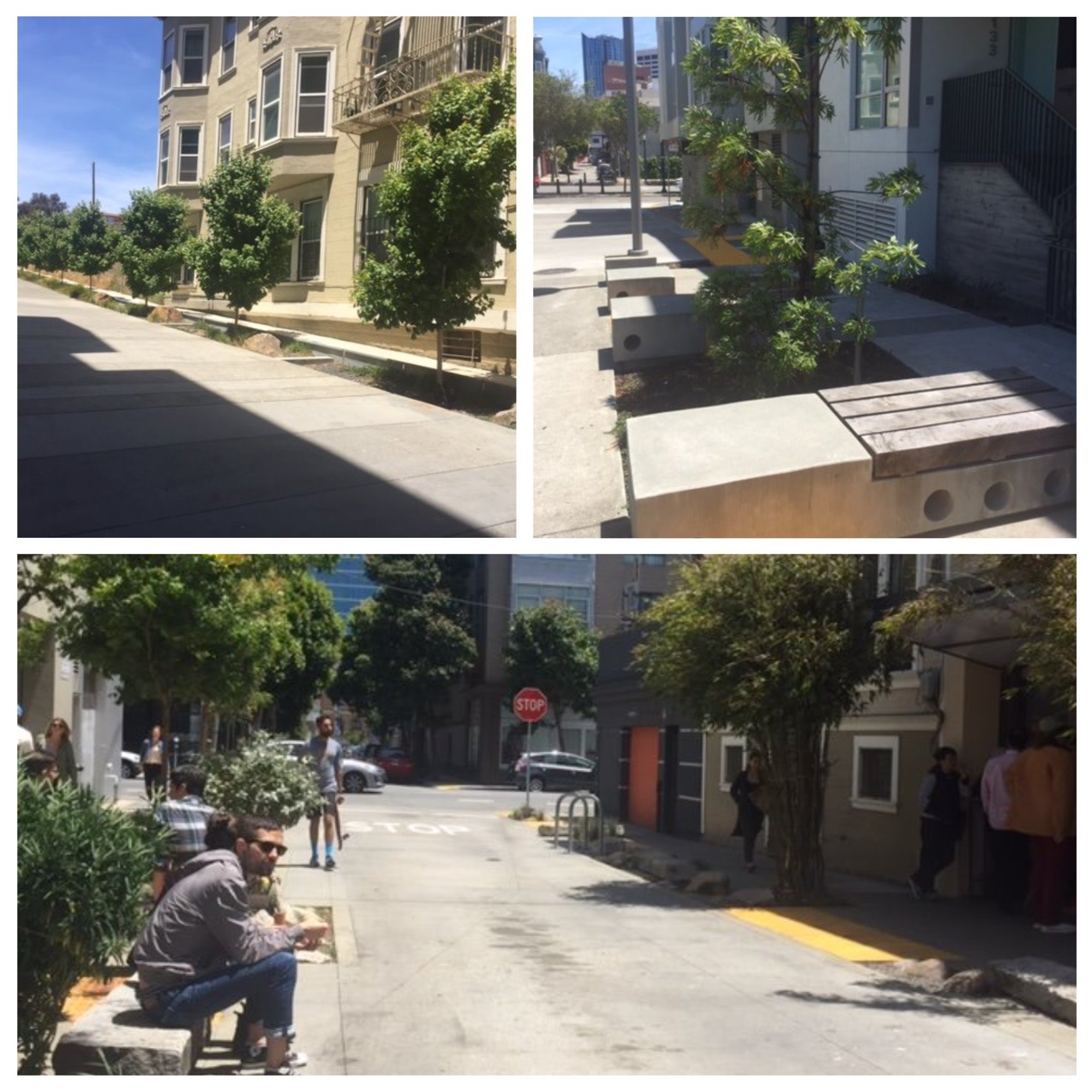