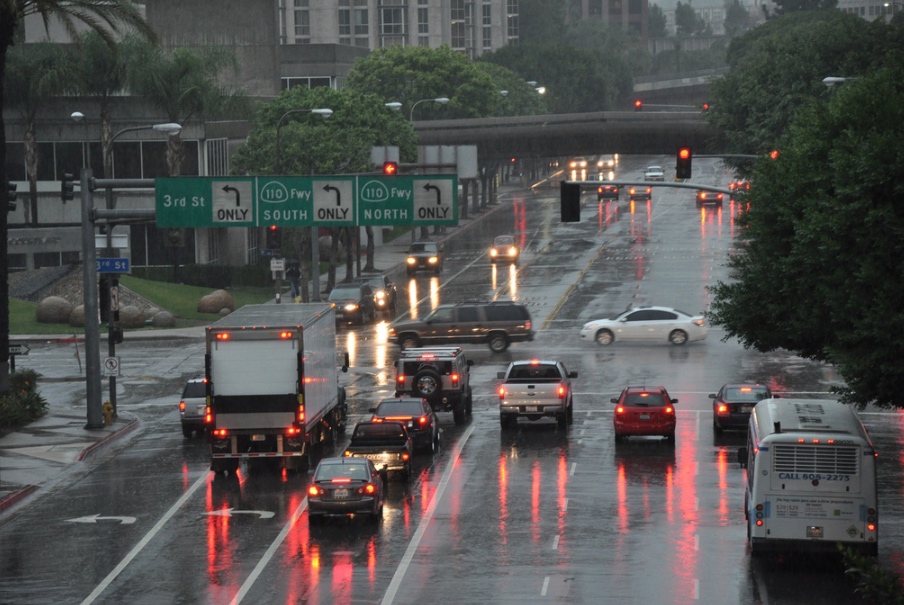 Los Angeles finally saw some rain, and more is in the forcast! It has, after all, been the driest year on record for California, leaving LA in a 25-inch rainfall deficit. So, although the rainfall was not nearly enough to get us out of this drought, Angelenos are grateful for every drop!

When LA receives large amounts of rainfall the Los Angeles River and other flood control channels become filled with stormwater rushing through on its way to the Pacific Ocean. 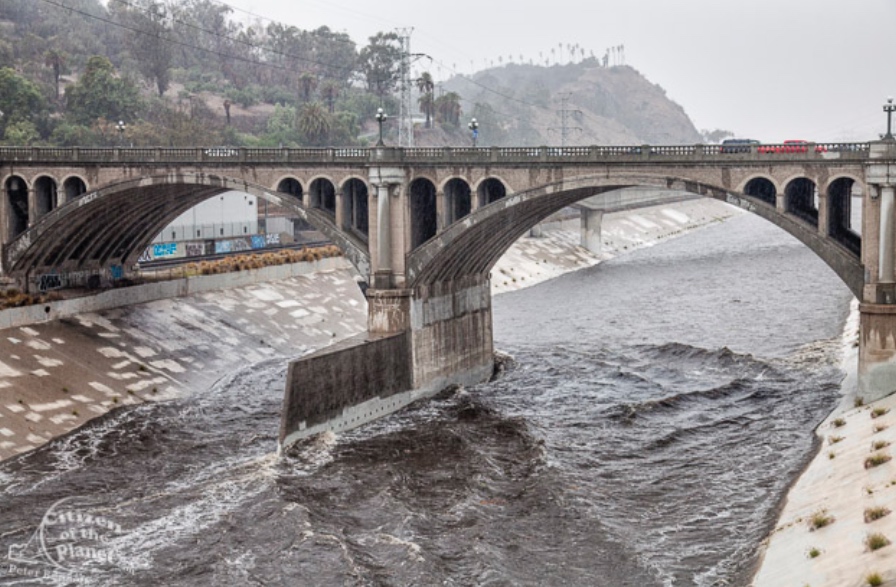 Once rainfall or snowmelt gathers in significant amounts on the ground it becomes stormwater and either soaks into the soil replenishing the groundwater, evaporates, or becomes runoff that flows into nearby storm drains, rivers, canals, lakes, bays, and ultimately into the ocean. The direction of stormwater flow is navigated by the watershed on which it runs – and every geographical location has one! 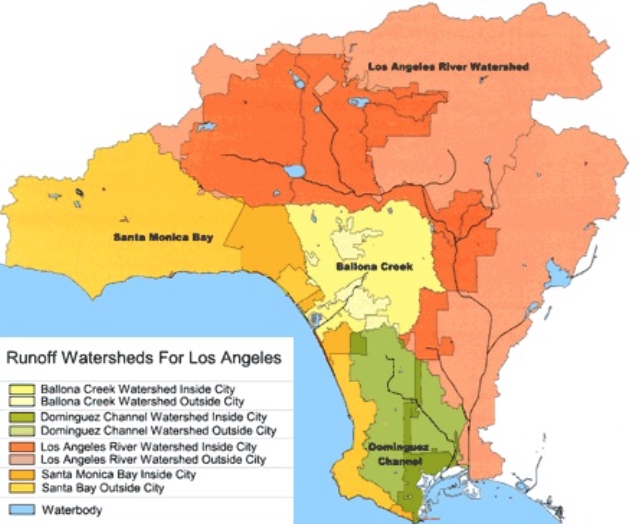 Stormwater can become problematic in Los Angeles because of the city’s highly urban landscape. Since most of the city is covered in pavement, only small amounts stormwater are absorbed, while the stormwater not absorbed can gather quickly, causing floods. Severe flooding in the 1930’s fueled the implementation of the flood control channels constructed by the Army Corps of Engineers. This flood control initiative consisted of cementing the 51 mile long Los Angeles River bed to swiftly divert stormwater from the city into the Pacific Ocean. 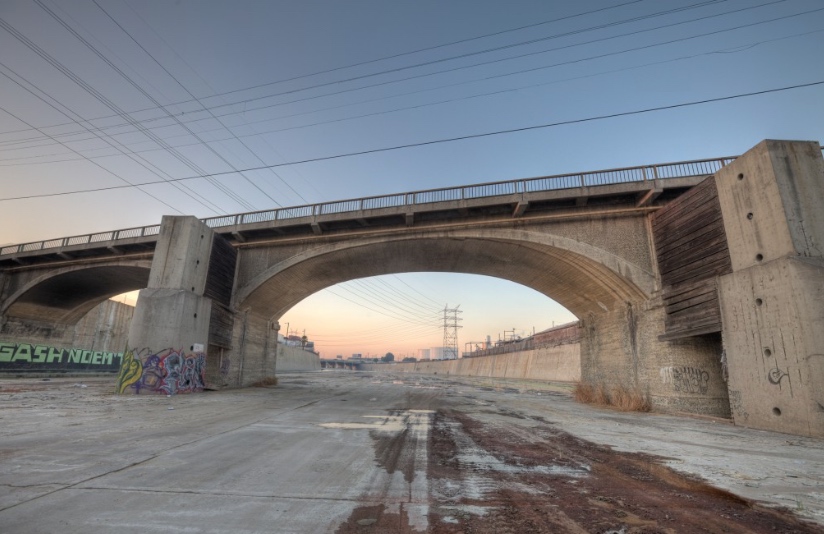 These channels have saved lives and prevented property damage but at the cost of negative environmental impact, not to mention being an unsafe eyesore for citizens. Thankfully, community organizations, non-profits, and government groups have helped encourage the adoption of a Los Angeles River revitalization plan. This is a 20-year plan that “treats the Los Angeles basin as a single watershed, integrating water quality, water supply, flood control, water waste, parks, and habitat programs” (Jacques Leslie, nytimes.com). This plan is still in the beginning stages, however, and 60 percent of stormwater continues to be lost to the Pacific Ocean with each rainfall.

The impermeability of Los Angeles’s concrete landscape creates further problems when it comes to stormwater runoff and water quality. The stormwater runs off rooftops and along pavement, collecting pollutants that have been accumulating since the previous rainfall. Some of these pollutants include automotive coolants and oils, metals, bacteria, arsenic, litter, yard waste, pesticides, fertilizers, and pet waste.                  Photos By Chris Hasia, Lyn C., Polly P. (via Flickr) 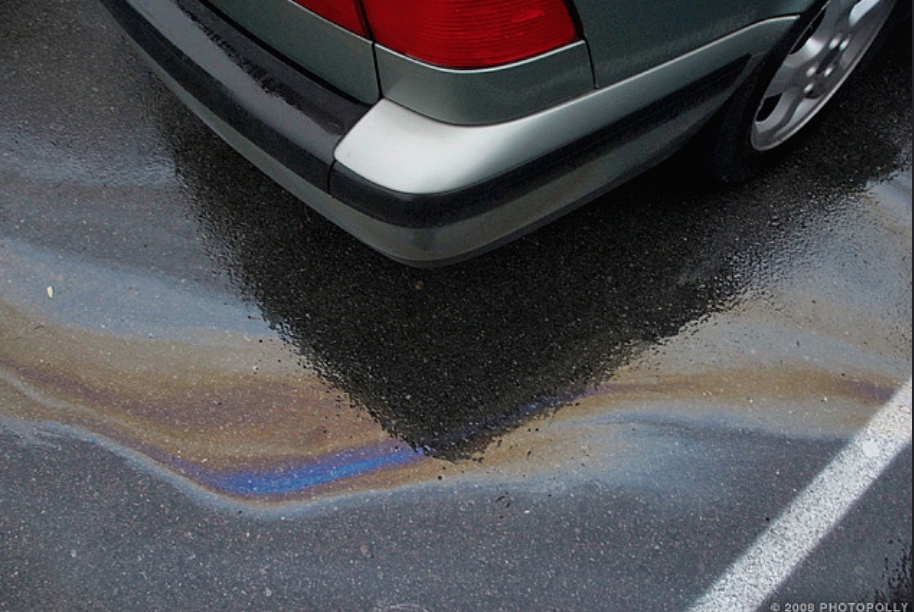 Pollutants collected by stormwater are swept into local rivers and canals via storm drain systems where 90% reaches the Pacific Ocean untreated. The pollutants can cause various infections and gastrointestinal issues in humans and are responsible for the death of hundreds of aquatic animals annually. The County of Los Angeles even issues a Beach Advisory after rainfall due to spikes in bacteria levels along the city’s shorelines, in hopes to prevent negative human health impacts.

Fortunately, many cities are implementing stormwater management plans that will reconnect to a more natural stormwater cycle. One way cities are doing so is through green infrastructure, which focuses on slowly rebuilding and improving the city over time. These green infrastructure initiatives include projects like - introducing permeable pavements, constructing wetlands, greening streets and integrating rain gardens, investing in water cleansing storm drains, retrofitting buildings to include green roofs and rainwater capture, and improving green efforts in public spaces. 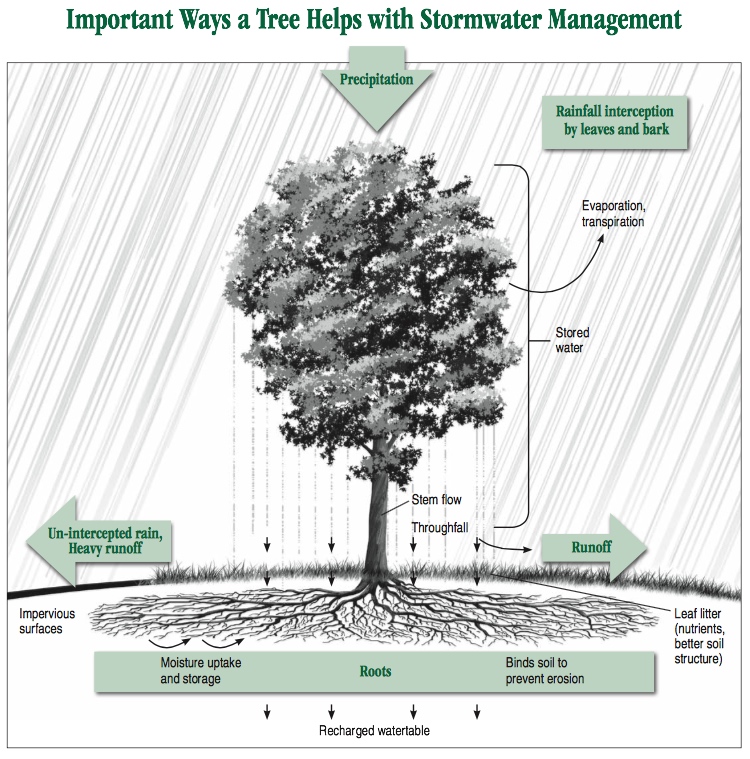 Here at Industrial District Green, we believe it is important to spread awareness and do our part to better manage Los Angeles stormwater. Through our greening program, we have uplifted concrete, planted trees, and implemented gardens in the Greater Industrial District of Downtown Los Angeles.  All of these efforts play a part in reducing the percentage of stormwater runoff heading to the LA River, which sits in close geographical proximity to our Downtown community. We love what we do here at IDG – planting trees and greening the urban realm is a passion of ours – and the need for it is so multifaceted because it not only helps the local community and environment but contributes to an overall more sustainable planet. 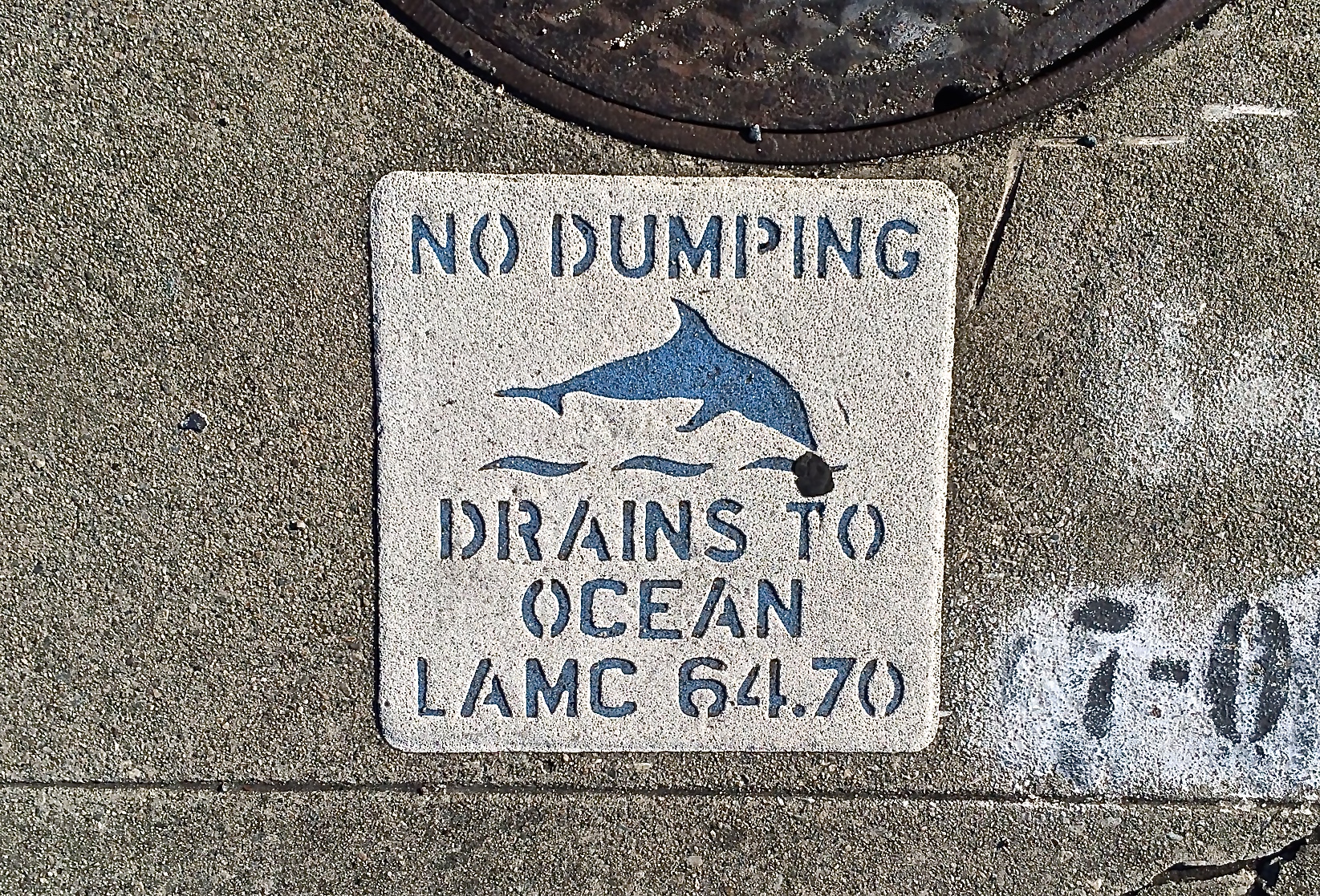